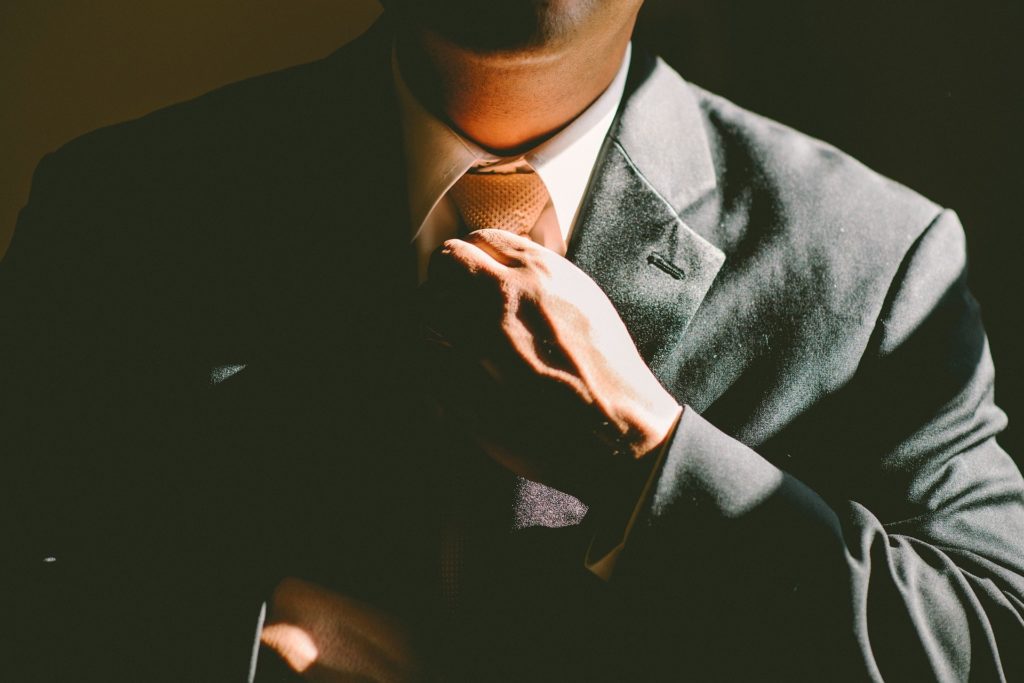 Those with a strong interest in Ray Dalio’s life, his principles, and his company Bridgewater Associates. Also those wanting broad strokes around using principles. There is little guidance on how to create your own.

Principles is written conversationally for most parts, however, it contains some nuanced discussion around stocks markets and investing. Almost anyone should be able to get through most of the book, but those parts may be a little harder for those without the proper background.

Principles is a book primarily about Ray Dalio and his company Bridgewater Associates. While the title is Principles, most of the discussion is about Dalio’s experience and principles. Those looking to derive their own principles will find admonitions to do so, but little help.

Principles is a long book, but conversational and digestible throughout. While some background in markets will help explore Dalio’s background, it’s not necessary. Ideas should be digestible for most, as the book repeats core concepts. The unique concepts are brought up many times, and much of the other content is general business advice. Several themes are explored, but focus on Dalio and his company remain constant.

Principles contains three major sections. It’s relatively long, so we won’t touch every concept but here are a few of the key highlights.

Dalio starts by exploring his entire life history, starting from childhood up into the present. While there is some talk of principles and their use, the primary focus is on history and events. He especially emphasizes learning from past cycles and how algorithms have helped him do well in the markets.

This section will be more digestible for those who have some background knowledge of markets and finance. He speaks of diversifying asset classes to make more reliable investments. There is exploration of general market trends over the years and Dalio’s lived history, including successes and failures.

This section also includes a few useful tools for general life satisfaction. One example is working backward from your ideal life to determine how much money you need to be happy. Meditating is useful. Finally, he discusses finding your personal balance between creating and impact and savoring life as time is finite and can be spent either way. Mainly, however, this chapter simply explores Dalio’s life.

Dalio’s chapter on life principles includes many ideas he has used to live a profitable and successful life. Ideas are broken  into principles and specific components, but significantly overlap. Here are some of the stronger overarching ideas.

Dalio repeatedly hammers home the importance of embracing reality. While it may be difficult at times, accurate assessments are critical to improvement and success. Successful individuals fail frequently, but learn and don’t get knocked out of the game. One idea is to even treat life like a game, dealing with reality as it is and winning as often as possible – but without carrying baggage.

Process over outcome is important and highlighted as well. The reality is, failure is common. There’s no way things should be and getting caught up in that mindset will only slow down progress. Dalio mentions we should be more concerned about growth than individual achievements. Growth will eventually lead to achievements.

Reality and the truth can be painful. Dalio recommends using that pain as a signal to reflect and evolve. In fact, he says many instances of strength require pain to be built. We must feel the hardships of life to know what it’s like to overcome them. Open mindedness and accepting reality provide the best chances at success.

Another core principle in Dalio’s life is effective decision making. He discusses a number of heuristics for making better decisions, largely by knowing our strengths and weaknesses, the situation, and who is likely to be most knowledgeable. Being open minded, however, is the most important characteristic for making good decisions.

Dalio emphasizes the importance of exploring all possible paths for the best option. He urges asking questions like how do I know I’m right? And looking for a third, optimal path before choosing what may otherwise seem binary. The value of outside expertise is also mentioned repeatedly, as others provide a fresh perspective we can never hope to achieve alone.

Principles also explores how we can use our past as insight for future decisions. Measuring choices and outcomes produces future learnings. This creates data for strategic planning instead of brute forcing with effort. Then, these choices can be analyzed from the high level all the way down to the specific details.

Finally, there is some discussion on the process for executing. These steps are fairly general, but show a cycle of planning, executing and analyzing. Above all else, however, decisions simply need to be made. Not making a decision is often the worst decision of all because it halts progress and learning.

Principles repeatedly talks about the value of refining principles into algorithms which help make decisions. Unfortunately, there is little discussion on how to actually do this conversion. Readers will have to take it upon themselves to figure out the specifics. In general, however, exporting decision making to calculations can help us make clearer, better decisions.

Dalio recommends running historical data against your principal algorithms to see if they make good decisions. This way they can be tweaked immensely before being released into the real world. Dalio argues algorithms are far better decision makers than individuals, though they do need to be optimized constantly.

The last section covers Dalio’s work principles. While life principles primarily discuss dealing with ourselves, work principles look at interacting with others. This section also covers many of Dalio’s beliefs about running a business and what he has done at Bridgewater.

Principles discusses the concept of an idea meritocracy mercilessly. It’s importance, function, and benefits to Bridgewater are referenced countless times. Dalio believes it’s largely what provides the competitive advantage for his company.

At its core, an idea meritocracy is a system for allowing the best ideas to rise to the surface. Dalio’s version includes believability-weighted decision making, using an individual’s past performance to dictate how much sway they have in decisions. While everyone can contribute, weight and credence are distributed by historical performance.

Above all, this version of an idea meritocracy demands honesty and often produces conflict. Little or no regard is paid to individual feelings, the overall emphasis is on drafting the most high quality idea. Dalio beliefs this harsh environment produces individual growth, forcing people to fight for their position. He also covers ways for moving past conflict, and processes for moving.

Learning About Others & Holding Them Accountable

Another key pillar of Dalio’s philosophy is learning about others and holding them completely accountable. He believes holding extremely high standards makes people either rise to them or find something they are more suited for. By learning what people are best at, putting them in the right position, and pushing them, the best results are likely to surface.

Dalio discusses several tools used to explore attributes such as baseball cards with attributes and psychological tests. While he seems to have a lot of faith in these diagnostic tools, there is some minor mention of updating information based on how individuals actually perform independent of such tests and categorizations. Still, he lands firmly on the side of believing individuals come with a certain set of traits which won’t change much over time.

Principles also discusses Bridgewater’s high standards. The book repeatedly mentions high standards and ownership expectations. It also covers why metrics are so important for evaluating individuals and that they should be used often. It’s safe to make mistakes, but learning afterward is a requirement.

Finally, quite a few sections in Principles are only relevant to those running a business, or at least in manager positions. Dalio explains how he runs his business and what mechanics he believes make Bridgewater successful. While you may not be in a position to act directly on these ideas, they’re still interesting to consider.

Several sections focus on the hiring process. Dalio emphasizes hiring for fit, not likeability. One helpful metaphor is considering yourself like a conductor of people. You want the best individuals for your orchestra, and it’s your job to get them into the proper positions. Individuals who will stay for the long term, perform well, have good character, and learn fast are ideal.

One novel idea is that everyone in the business should be accountable to someone else, including owners or c-suite executives. This accountability forces everyone to receive feedback, grow and evolve. In the same vein, Principles advocates external checks as well so the system can’t be cheated easily through close relationships.

Dalio basically looks at business like a machine, hoping everyone can think like an owner. Everyone should contribute to the process of refining the machine to make it run better and everyone should be publicly accountable to all their actions. This is what he believes makes a business run most efficiently.

While there are some novel concepts in Principles, there’s also a huge amount of discussion specifically about Dalio, Bridgewater, and their history. Many ideas remain high level, failing to discuss relevant details. There is a huge amount of repetition, and useful concepts tend to be common in other resources. Overall, I only recommend this book to those interested in learning Bridgewater and Dalio, not principles in general. There’s a ton of information in this book that should be taken with a grain of sale.

While there are sections and subsections, Principles doesn’t feel as organized as it looks on the surface. Many concepts repeat incessantly and overlap between sections. At a certain point, the repetition fails to add anything novel or useful and simply beats the concepts into your brain by force, for better or worse.

Many important concepts have little guidance on execution. For example, Dalio repeatedly talks about getting over emotionally difficult circumstances like harsh feedback or poor performance, but never mentions tactics for doing so. He also mentions principles, without guidance on how to do so beyond saying it’s important. These missing implementation steps, of which there are many, makes it hard to act on otherwise useful ideas.

There is a substantial amount of discussion about how successful Bridgewater is. While it highlights the point in some places, at others it just feels like a long list of achievements. Given one or two notices of Bridgewater’s achievements, constant reminders of their financial success can become grating.

Perhaps the most important consideration is the way Dalio recommends treating individuals. Truth and productivity are emphasized completely, with tact and emotion given minimal thought. The book even mentions prioritizing work during vacations. Communication style is explicitly mentioned as unimportant over substance. These are simply not environments the vast majority of individuals will feel good or perform well in.

When practically all time and effort is spent looking for flaws, optimizing, and berating each other, underlying trust is difficult to build. A culture with an almost exclusive focus on results and very little praise is likely to be unpleasant for the majority of people. Instead of building a strong team, those who survive are likely to become relentless and defensive. Making clear decisions is useful, but there’s no discussion here about how to productively manage emotions, only admonitions to get over them.

Many other work concepts fall on psychologically shaky ground. For example, the Myers Briggs personality test is championed here, yet it’s usefulness is seriously questioned in the psychological community. To use this test, and those like it, to position people in your company seems dangerous.

All in all, I seriously recommend combing through each idea before internalizing it. While Dalio may be thriving under this particular system, many individuals will not. Financial success does not necessarily jive with happiness, and there’s more to life than simply optimizing. Other resources are likely to produce better learning and outcomes.

You can pick it up here:

The Richest Man In Babylon